Internet marketing affords advertisers a host of opportunities for creating content designed to appeal to specific individuals. This kind of targeting exposes the limitations within other mediums, such as television, print, and radio. While demographic data exists with regards to viewership, these broad trends reveal little about particular audience members. As such, it’s difficult to measure a campaign’s effectiveness. Online ads deliver instant data with respect to user response i.e. clicks as well as conversions; however, improvements in this arena are always welcome.

Most e-commerce sites currently rely on users’ browsing and purchasing patterns when it comes to recommending additional products. This model typically yields mixed results. It’s fairly easy to spot the gaping holes in this method. For instance, shopping for gifts skews the proposals towards someone other than the visitor in question. That renders this form of solicitation essentially useless in terms of initiating subsequent transactions. The problem resurfaces when multiple people utilize the same device. A family of four may own a single PC for the entire household, and each person likely seeks out different material. 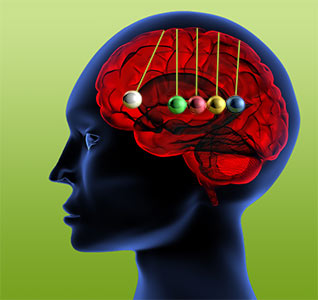 Research suggests that instead of relying on browsing history, marketers should focus on psychological weaknesses. Advertisements generally pose a kind of persuasive argument, and the pitch’s power hinges upon the viewer’s vulnerabilities. Some find discounts difficult to resist whereas bandwagoning appeals to socialites of all ages. In the future, advertisers will be able to apply this kind of knowledge to achieve substantially higher CTRs. Of course, this analysis will prove invaluable in a variety of contexts. The political implications appear a bit disturbing to social scientists whereas privacy advocates decry this potential threat to anonymity. These naysayers envision an Orwellian nightmare, but this scenario bears little resemblance to reality. Persuasion profiling will be yet another tool for marketers to employ. Besides, over-exposure to a certain type of campaign would lead to desensitization. Marketers need engaged listeners, so they have no reason to exploit this technique ad nauseum. The idea that political candidates will be able to manipulate voters in this manner seems equally preposterous. Generating a large scale campaign capable of reaching millions of voters on a personal level would require an enormous budget. Additionally, drawing a parallel between online shopping and voting behavior represents a huge leap of logic. Political ads aim to influence actions months before they actually take place; banners induce short term participation via an immediate call to action. The distinction here cannot be considered subtle by any stretch of an overactive imagination.