In order to enhance its market reach amidst growing competition and market share by rivals Coca-Cola. To expand its carbonated beverage reach to urban and semi-urban population PepsiCo is all set to acquire SodaStream, a company notification read.

The company has announced its entering into an agreement wherein the Pepsi will purchase make-your-own-seltzer machine maker SodaStream for a whopping $3.2 billion or say $144 per share. This comes amidst the news of stepping down of its CEO Indira Nooyi after a 12 years stint at the helm of the company.

How is SodaStream useful for PepsiCo?

PepsiCo has been under grind for its low market performance and shares in the recent times when the rivals like Coca-Cola has emerged to have the biggest market share in the beverage category. To strengthen its position in the Asian markets, SodaStream might turn out to be an exciting acquisition. SodaStream currently manufactures machines which helps the consumers to make Sparkling water from tap water, a technology it did patent. The company has enjoyed a huge surge in its business in the recent two years. Its stocks rose to 320 percent in the last two years as per a CNBC report. The purchase hence will help PepsiCo in growing its portfolio as a brand which is concerned about the health of its consumers.

How has PepsiCo Viewed this acquisition?

As per the press release regarding the acquisition, PepsiCo has viewed this agreement as a venture into the journey of making its customers happy. It views the acquiring the company as for the next step in the ‘performance with Purpose journey. The company has plans to focus more on the health and wellness sector through environment-friendly and cost-effective solutions to beverage conundrum. PepsiCo outgoing CEO and Co-Chairman Indra Nooyi said in a statement, ‘“PepsiCo and SodaStream are an inspired match. Daniel [Birnbaum] and his leadership team have built an extraordinary company that is offering consumers the ability to make great-tasting beverages while reducing the amount of waste generated. That focus is well-aligned with Performance with Purpose, our philosophy of making more nutritious products while limiting our environmental footprint. Together, we can advance our shared vision of a healthier, more sustainable planet.” 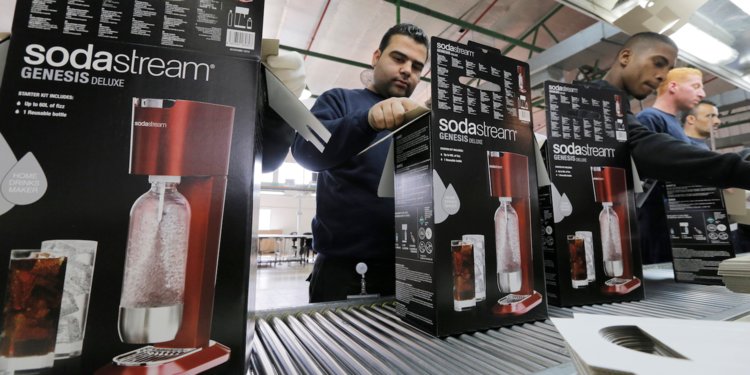 Daniel Birnbaum, the CEO of SodaStream added, ‘Today marks an important milestone in the SodaStream journey. It is a validation of our mission to bring healthy, convenient and environmentally friendly beverage solutions to consumers around the world. We are honored to be chosen as PepsiCo’s beachhead for at home preparation to empower consumers around the world with additional choices.”

The news of the acquisition comes at a time when the company is set to see a top deck change in the form of its CEO Indira Nooyi who is serving her notice time at the company. She will be replaced by Ramon Laguarta, the current Head of Global Operations at PepsiCo. The acquisition has been unanimously approved by both the parties as well as the board of directors of PepsiCo. It is forecasted to become an official part of the company in January next year following a SodaStream shareholder vote as well as undergoing routine regulatory approvals.