California’s cash strapped schools are getting pretty creative when it comes to finding ways to make money. The state legislature still hasn’t passed a budget, forcing schools to go it alone. Many institutions have already cut programs, such as art and music classes, in order to save money, but they’re finding themselves in the red nevertheless.

Some schools are making the controversial decision to allow advertising on campus. These kinds of programs are nothing new. On campus marketing has been going on for a while now. The difference is that more schools are turning to this strategy in rather obvious ways. While it used to be commonplace to see free beverage sample during nutrition or lunch, schools are now permitting banner ads and using their buses as billboards.

Some parents support these decisions because they feel the schools should take whatever measures are necessary to deliver a quality education. Others are concerned about impressionable children misinterpreting the ads as a passive endorsement from the school. Direct marketing to kids has always posed ethical questions, but advertising isn’t always a bad thing. Schools can sell ad space to institutions of higher learning, the armed forces, and manufacturers of healthy foods. While this may not appease ultra-zealous parents, there’s really no harm in making money off of promoting a worthy cause. 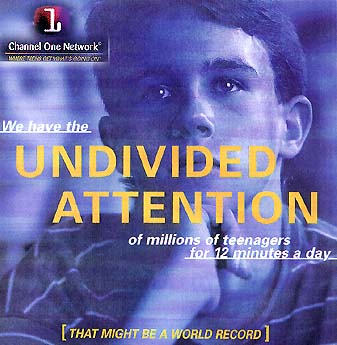 Perhaps these ad campaigns should be restricted to high schools only. Teenagers are still vulnerable, but they are less likely to fall victim to disingenuous claims. It’s probably a good idea to steer clear of junk food providers no matter how much money they offer. A school in San Jose permits advertising on campus, but not without approval from an advisory board. That way the schools control what the kids see, which means there are no inappropriate ads.

Hopefully, these ads will disappear once the economy picks up again. Until that time, parents are free to voice their opposition to these initiatives and push for tight controls over the content. Parents have every right to be uneasy about such matters, yet they need to realize that the schools feel as though they have no other choice. Having a school that’s literally covered in ads is still better than homeschooling for most families.

Types of Video Advertising That Every Marketer Should Know